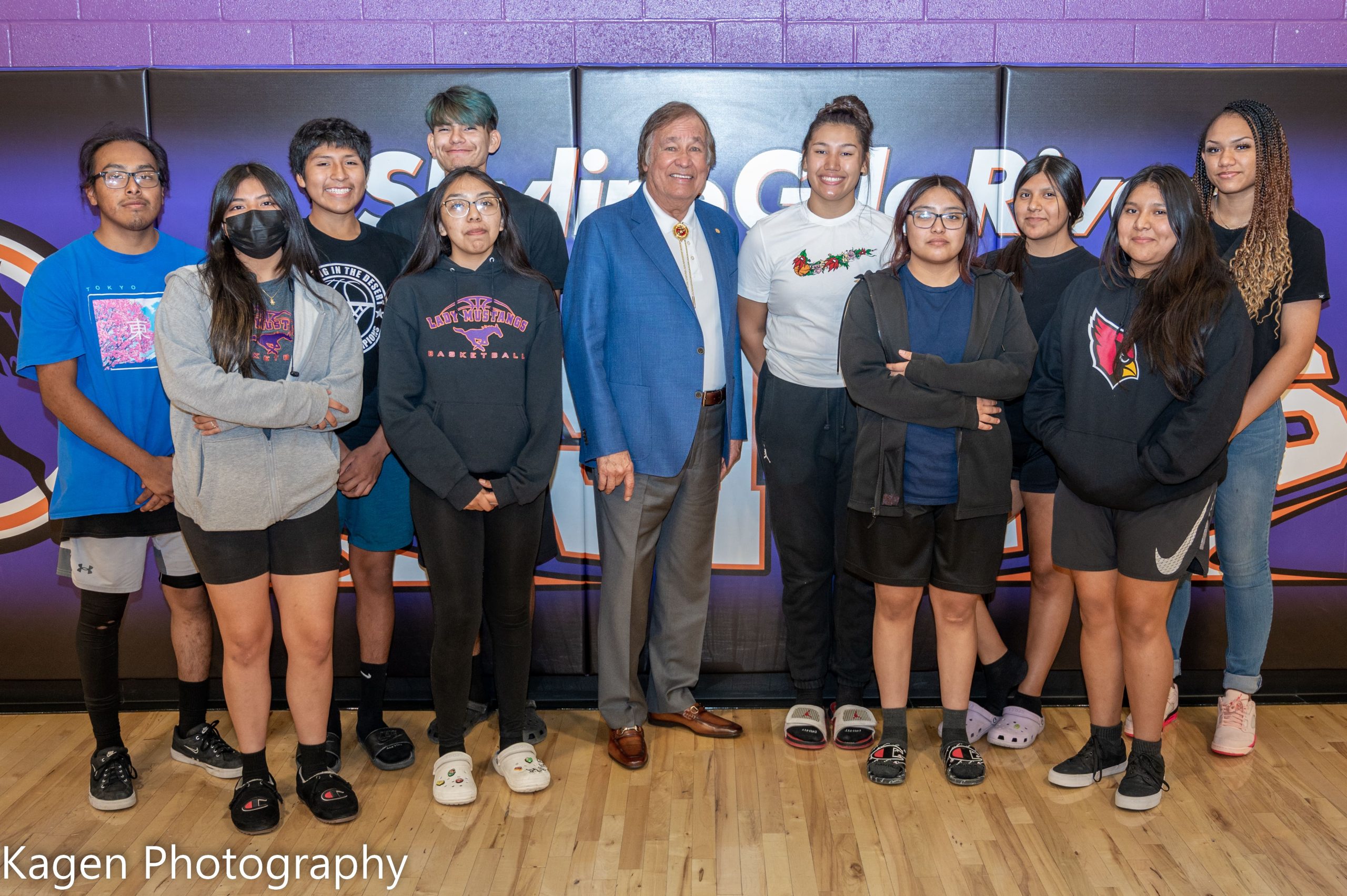 Posted on December 8, 2022 by skylinegilariver

Skyline Gila River & The iRise Foundation collaborated in a community event promoting the Olympic Gold Medalist, Billy Mills. He comes from the Ogala Lakota tribe and joined us for a special event for Native American Heritage Month. The event included a chance to meet and greet with Mr. Mills and ask questions of the Olympian, followed by a viewing of the film based off of his Olympic success, “Running Brave”.

Mills, won the 10,000-meter race in the 1964 Tokyo Olympic Games, becoming an Olympic Gold Medalist. At the time, he set a world record of 28 minutes, 24.4 seconds and is still the only American to ever win a gold medal in the 10k event.

“I enjoyed being here tonight and the opportunity to speak with the Community,” Mills said, “I’m so blessed to have an opportunity speak to our youth.”

Seventh grader Rayonnah Mix, was chosen from a contest among the students at Skyline Gila River to introduce Mills during the event.

“I feel proud to be chosen because of how many people look up to him,” said Mix, who felt many of the students could relate as most of them also run track.

In 1986, Mills founded Running Strong for American Indian Youth and became a spokesperson for the organization where he travels and visits Native American communities throughout the country, speaking to youth about healthy lifestyles and taking pride in their culture.

Mills was recognized during the event with a special presentation by the Native American Basketball Invitational (NABI), President GinaMarie Scarpa and Mark West, who presented Mills with a commemorative NABI basketball.

We hope this event inspired the Gila River Indian Community and to continue to promote and foster our relationship with community.

Thank you to everyone who help support, promote or attended the event, especially Chicanos por la causa and Novle!