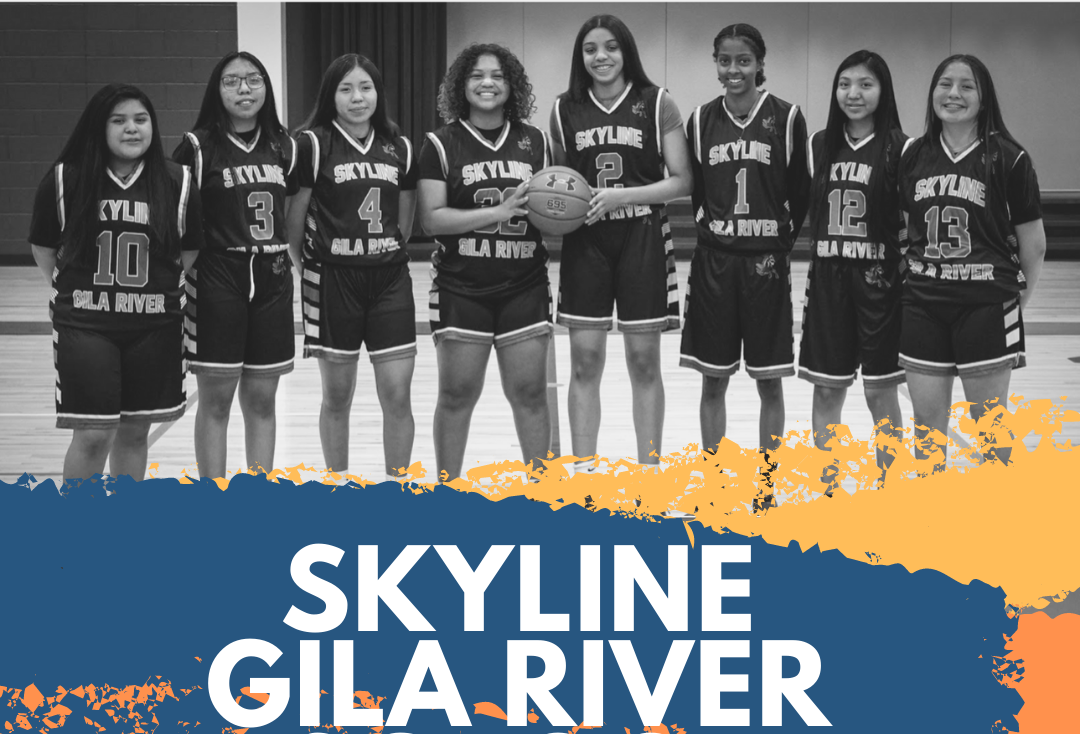 Posted on March 23, 2021 by skylinegilariver

Coach Daveda Taylor says “I believe the extra effort on defense gave us the boost we needed to become back-to-back state champions.” Coach Taylor focused on defense with their two prior games against EVAC. “EVAC beat us twice during the season and we felt we didn’t play our best games. EVAC is a great team and very well coached and if we wanted to win a state championship, we had to play as a team. Before the championship game we really focused on playing good defense and communicating with each other on the court”.

A few player standouts Coach Taylor mentions: “Wayann Whiterock was our MVP throughout the game. When our team needed to score points, she was the one we looked to. Madison Brown played exceptional on defense pressuring EVAC ball handlers the entire game and Aaliyah Castro all-around play throughout the game helped us win another state championship.